The fund administrator’s Capital Movement Index for March 2021 was 0.59%, flows which were closely in line with the 0.60% reported a year ago at the time when the COVID-19 outbreak began impacting markets.

“Capital movements for March 2021 suggest, while the comparisons with year-ago numbers may begin to level out, the positive trend in asset retention remains intact."

Cumulatively, the index for March 2021 stands at 129.97 points, an increase of 0.59 points over February 2021. The index, which has declined 0.90 points over the past 12 months, represents the monthly net of hedge fund subscriptions and redemptions administered by SS&C on its GlobeOp platform.

The report was released in tandem with the SS&C GlobeOp Hedge Fund Performance Index, which revealed a gross return for February 2021 measuring 2.4%

Foreside, which provides governance, risk management, compliance solutions and technology offerings to clients in the global asset and wealth management industry, made its sixth acquisition since 2019 with the purchase of JG Advisory.

Judy Gross, principal and founder of JG Advisory Services, and her colleagues will join Foreside in mid-March 2021. JG Advisory works with hedge funds of all sizes, specialising in emerging managers.

“When assessing acquisitions, we consistently choose firms that are known for outstanding client service and industry expertise,” said David Whitaker, president of Foreside. “JG Advisory Services has helped sophisticated private equity and hedge fund firms develop into industry leaders, and we are proud to have them on board to build our expertise with emerging managers.”

Blackstone has hired Scott Bommer as the Chief Investment Officer of the new Blackstone Horizon platform, an initiative being launched by Blackstone Alternative Asset Management (BAAM).

Bommer joins the firm after managing his family office where he focused on late-stage growth investing. He was also founder of SAB Capital Management where he served as CEO and worked for 17 years from 1999 to 2015. He previously worked as a Portfolio Manager at Siegler, Collery & Co., an Associate at McKinsey & Company and an Analyst at Goldman Sachs.

In his new role, Bommer will take responsibility for the investing functions at Blackstone Horizon, a new investment business that targets strong absolute returns by investing in and forming strategic partnerships with high-performing investment managers.

Joe Dowling, Blackstone Global Co-Head of BAAM, said: “Scott is a proven investor who has extensive experience in the public and late-stage private markets. We have known each other for more than 25 years and have collaborated on numerous investment opportunities. I look forward to working alongside him.”

“Each of these outstanding lawyers have shown a commitment to providing exceptional client service while remaining at the cutting edge of their respective practices,” commented Marc Elovitz, SRZ co-managing partner and chair of the Investment Management Regulatory & Compliance Group.

Traditional funds are overcoming challenges to engage in digital assets

+2
HFM Connect and 2 others 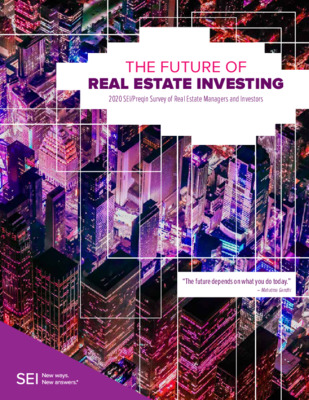 The Future of Real Estate Investing 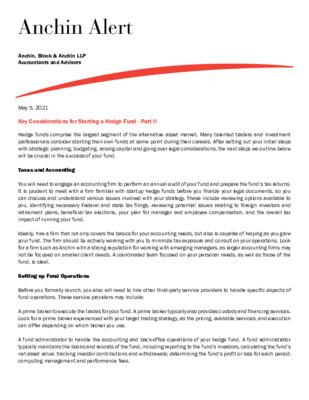 Anchin
HFM Connect
We use cookies to help improve your experience. By continuing to browse our website you are consenting to our use of cookies.
Learn more