Short selling funds have become the target of day traders, after the Reddit thread r/WallStreetBets identified GameStop shares as being shorted. The shares rocketed to $500 a share last week after trading around $20 earlier this month.

One of the most heavily hit funds, Melvin Capital Management, closed its GameStop short position on Tuesday, after receiving an injection from investors Point 72 and Citadel of roughly $3bn to keep the fund afloat. Melvin lost roughly 53% of its assets in January according to the Wall Street Journal.

According to Morningstar, the number of GameStop shares that short sellers had sold and promised to deliver was equivalent to 260% of the existing shares and The Financial Times quotes Brad Lamensdorf of Active Alts as saying  “Everyone can see that it has become a crowded position and vulnerable to a reversal.

Last week, the CEO of Blackrock wrote his annual investor letter to CEOs, and the key takeaway is that "no issue ranks higher than climate change" and that the covid-19 crisis serves as a "stark reminder" of the need to prioritise combatting climate-related risks.

“I began writing these letters in the wake of the financial crisis,” Fink wrote, “But over the past year, we experienced something even more far-reaching – a pandemic that has enveloped the entire globe and changed it permanently. It has both exacted a horrific human toll and transformed the way we live – the way we work, learn, access medicine, and much more.”

This is all leading to investors rethinking their portfolios, and companies like Blackrock holding them accountable “with technology, we now have better ability to customise indices that have more sustainability structures.”

This letter comes ahead of the EU’s SFDR regulations come into effect in March as part of their ESG Action Plan, and more investors demanding ESG products over the past year. Last week Biden also signed a series of executive offers designed to address climate change. "Today is climate day at the White House," said Mr Biden on Wednesday. "We have already waited too long, and we can't wait any longer." 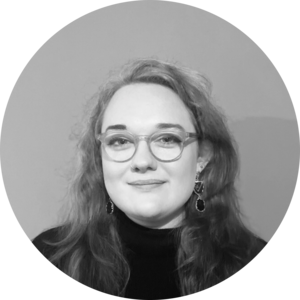 Raising funds in the Hedging world

How to Address ESG as a Commodity Manager